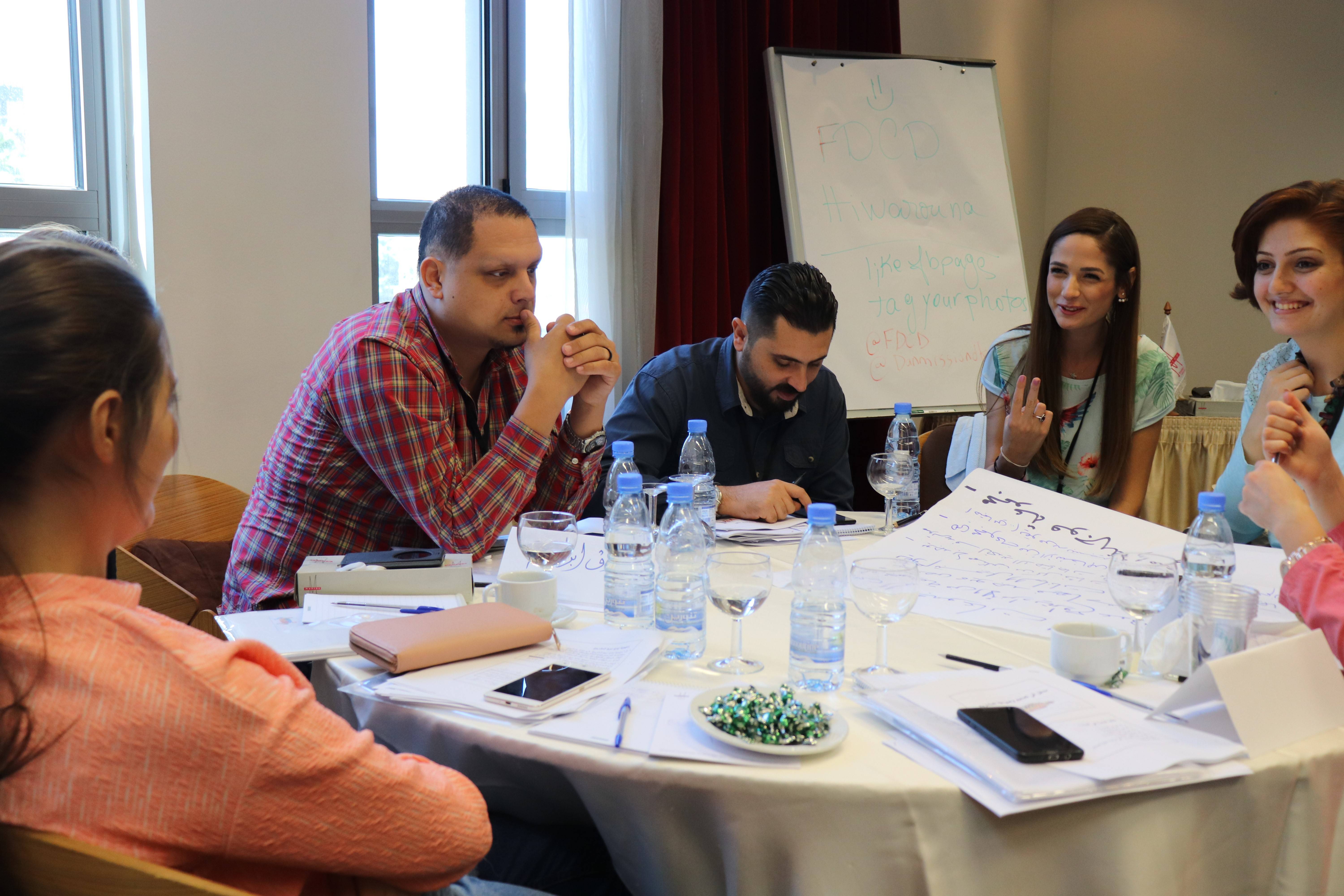 The exercise invites participants to share their prejudice and discuss how these affect interaction between groups.

Be sensitive towards the subject as faith can be very personal to some people.

Required Material: paper and pen, a blackboard or whiteboard if key words should be written up for the entire group.

Divide the participants into two groups.

Examples of statements for discussion:

• Jesus said that we should not be friends with non-Christians.

• All Muslims want to make Europe a Muslim state.

• The Christians have the whole truth.

• Jews have not gone further than the Old Testament.

• All Buddhists are peaceful.

The participants prepare in silence:

They are not allowed to speak. Play quiet instrumental music to emphasise that no one should talk. It is only permitted to write down arguments on paper. Encourage them to not only write ‘for’ or ‘against’. Let them elaborate their arguments.

The finished arguments can form a sort of mind map that the facilitator can either choose to put on the blackboard and have a discussion in plenary session or, can ask the groups to briefly discuss their arguments, and then pick one from each group to summarize the arguments they found for and against.

Group discussion. What did each group discuss/do? The facilitator can highlight points of interest or discuss choices that the groups made.

Try to engage in a dialogue about which arguments they agree and disagree on.

Ask them how it felt writing down the statements alone compared to if they had to do it in groups. Does it change the dynamics in the room?

It is of course important to clarify the wrong assumptions. Almost all are so-called "essentialist" claims, i.e. for example: it is in a Muslim’s nature to like fighting, or that Muslims want to impose Muslim states everywhere, so it will only be Muslims. We know that this is wrong. not all Muslims want to fight or impose Muslim states everywhere, not all Jews have brown eyes and not all Sikhs wear turbans. We think participants will largely manage to figure this out themselves, it is just important to be aware of this.

Thank everyone for their participation, summarise what was learned.