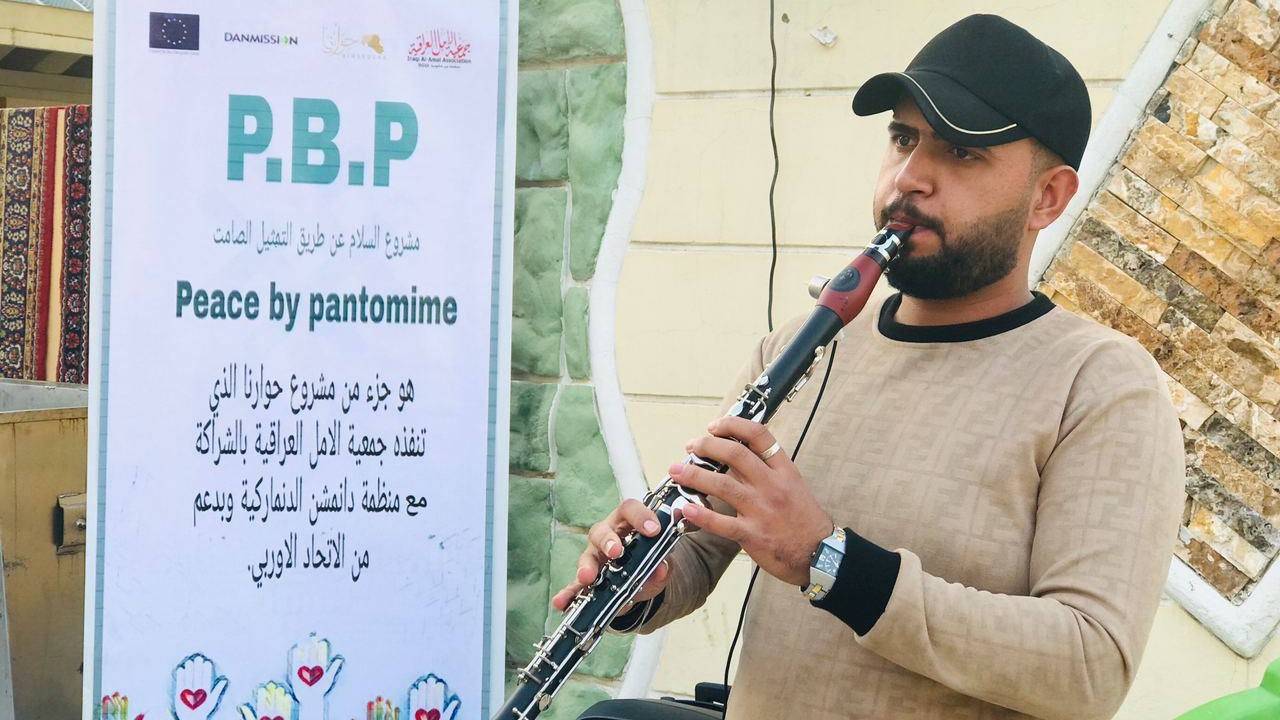 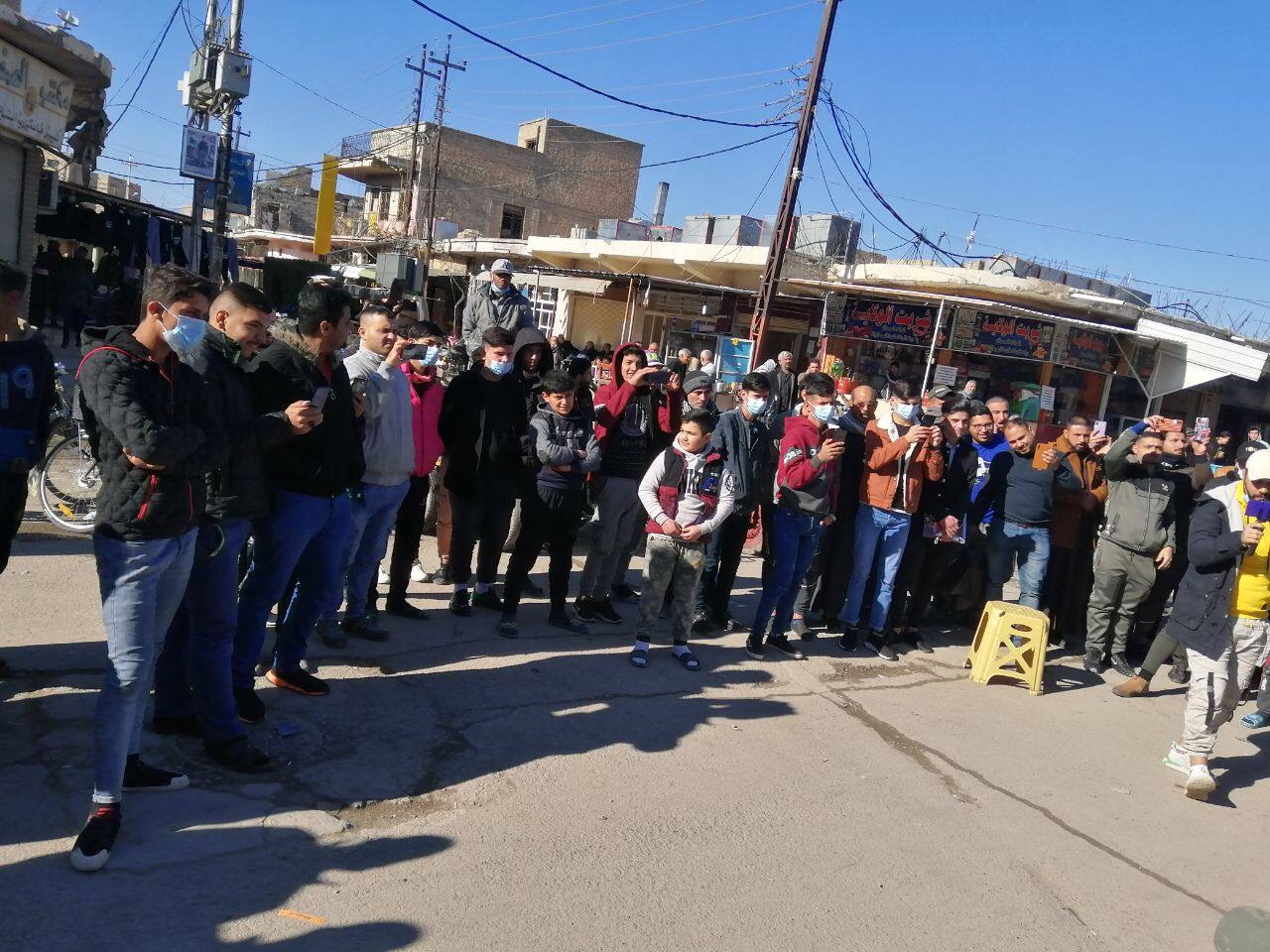 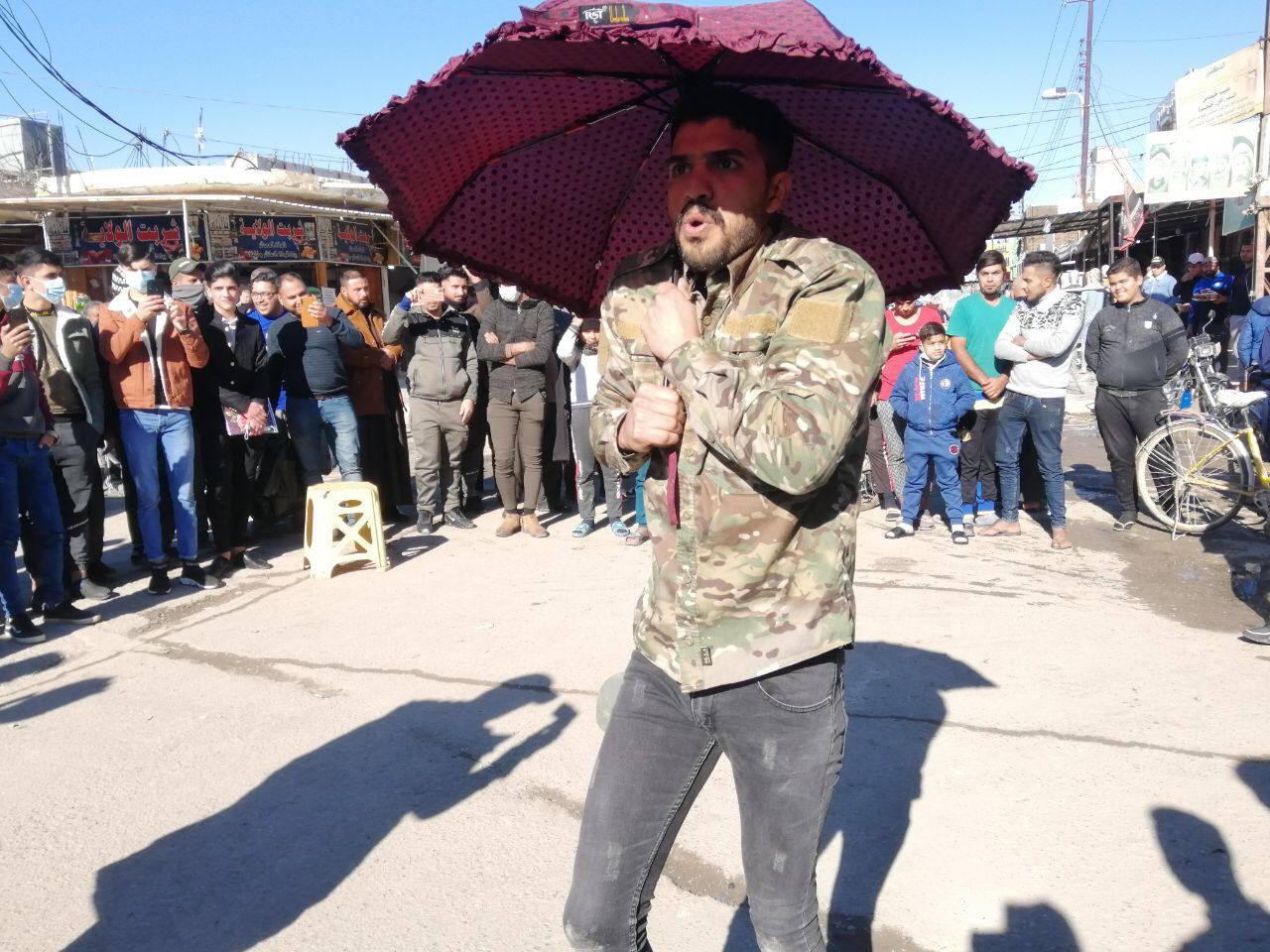 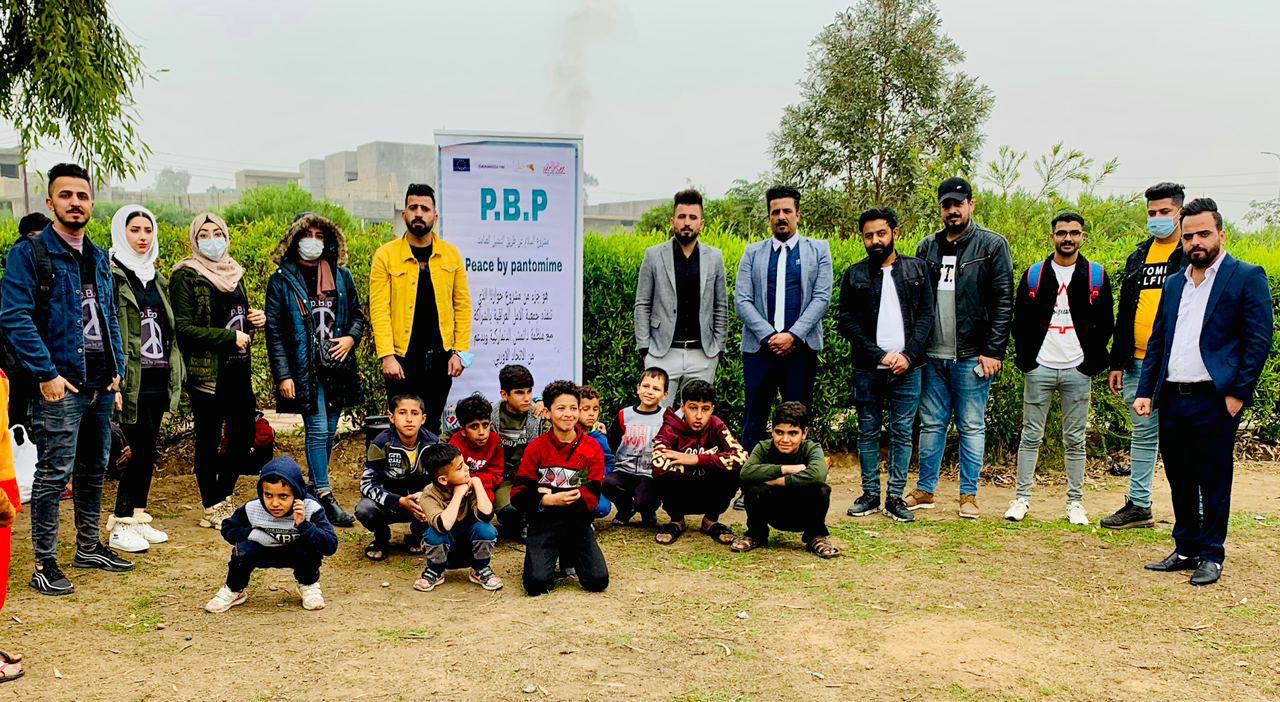 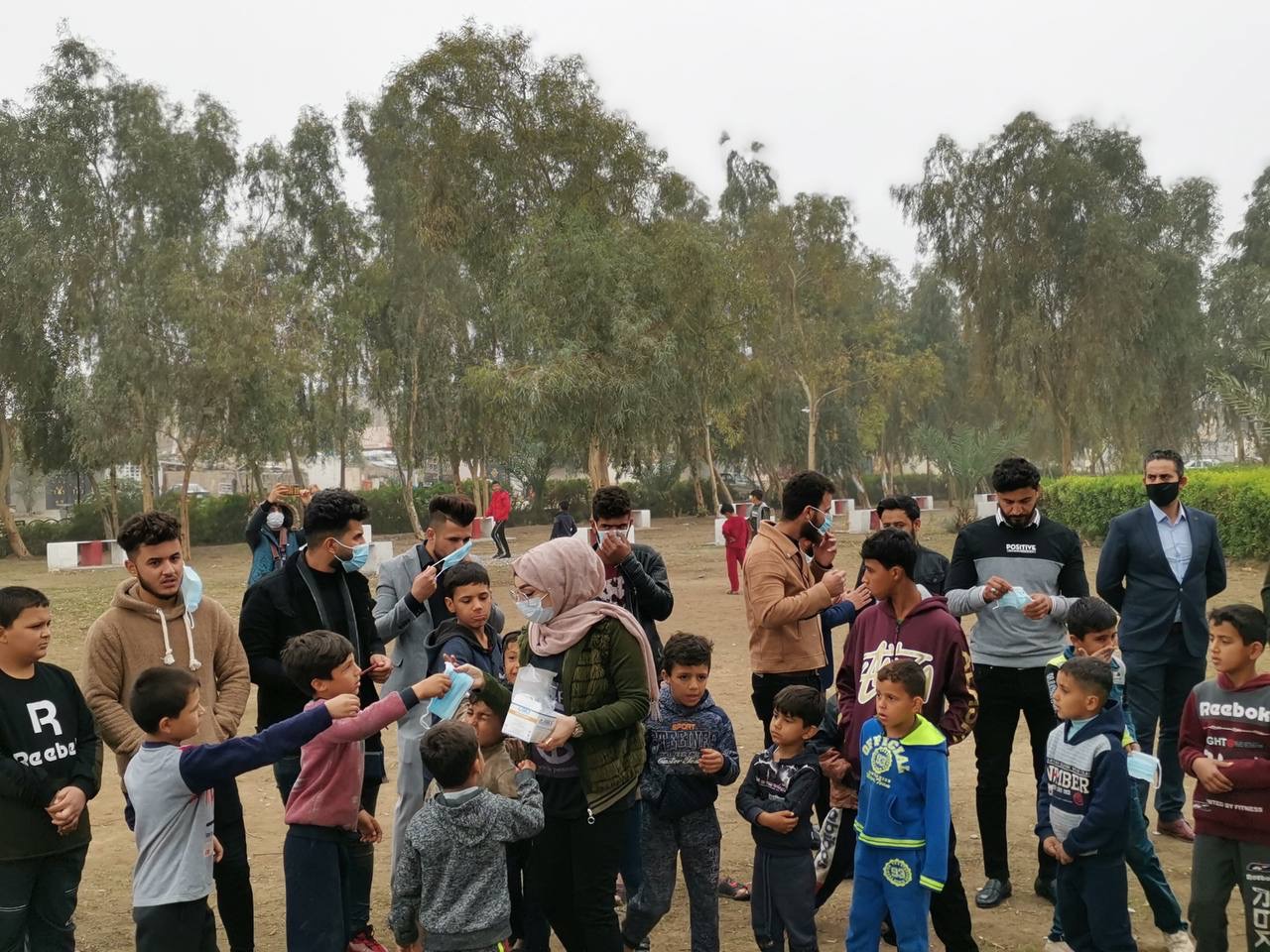 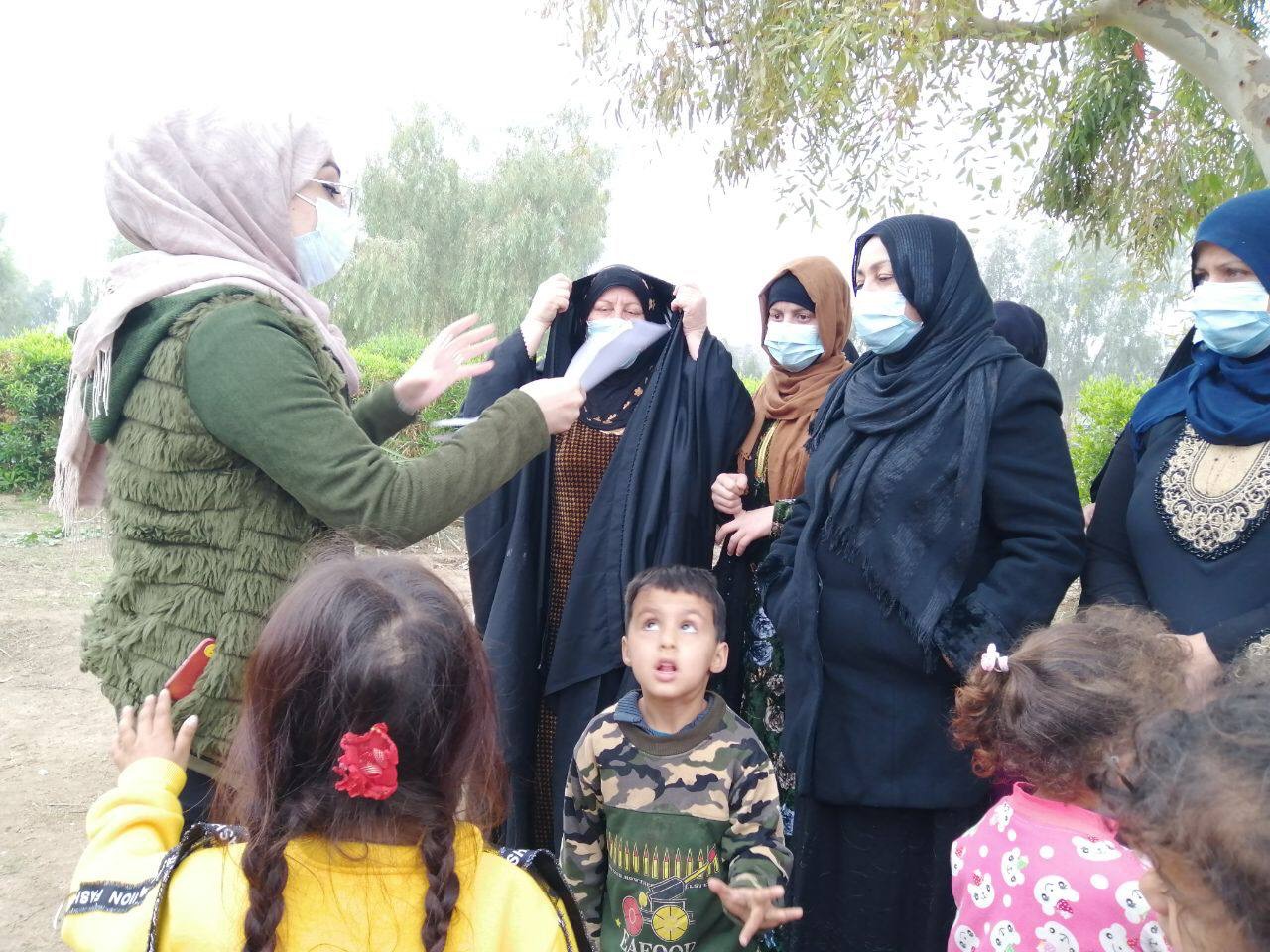 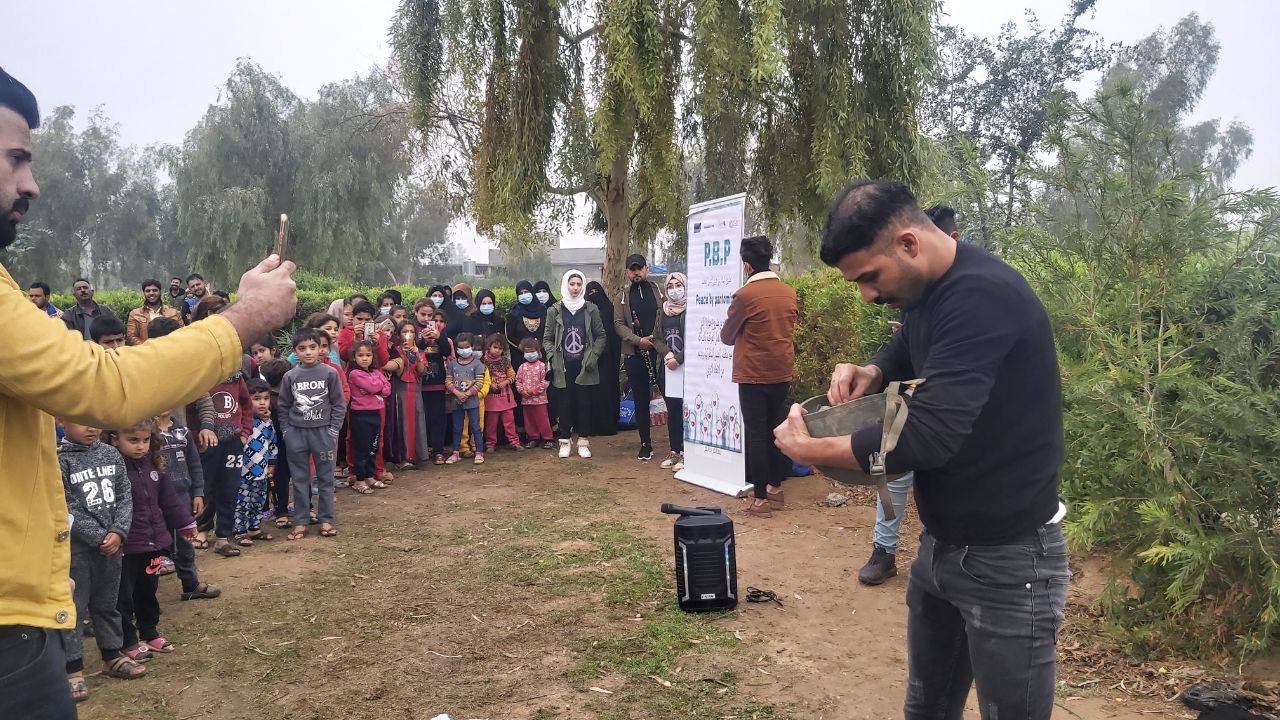 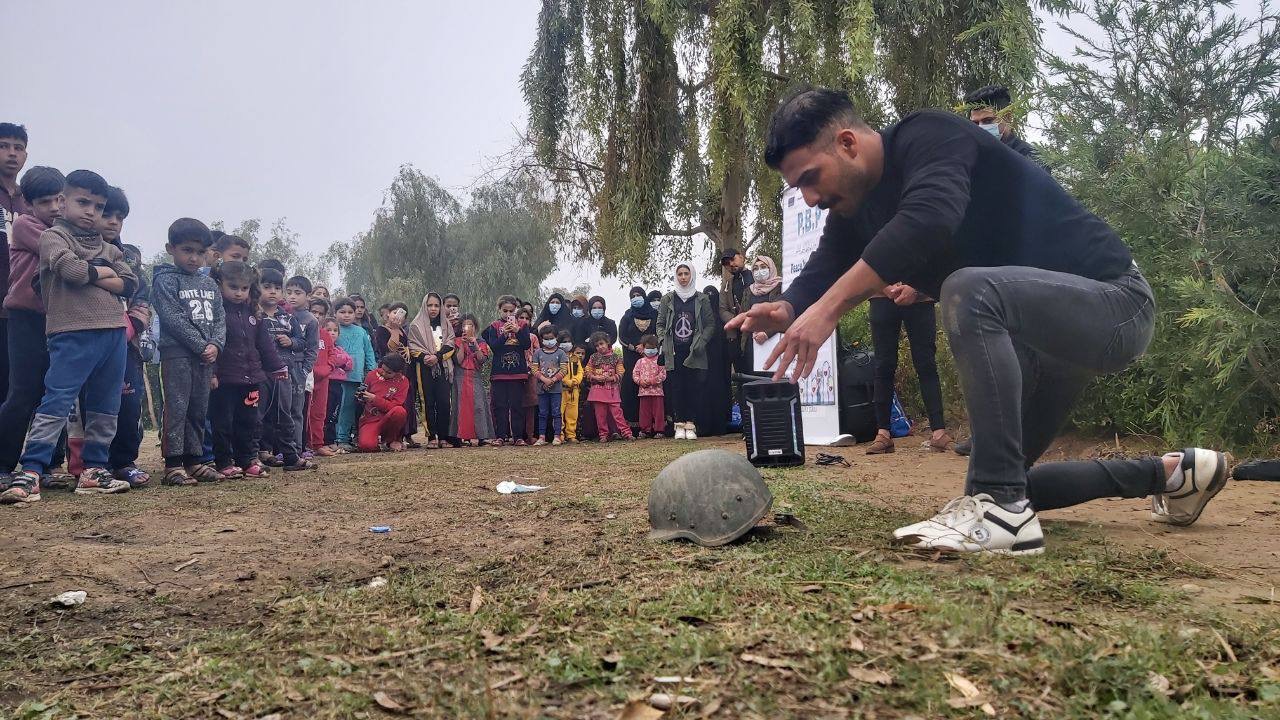 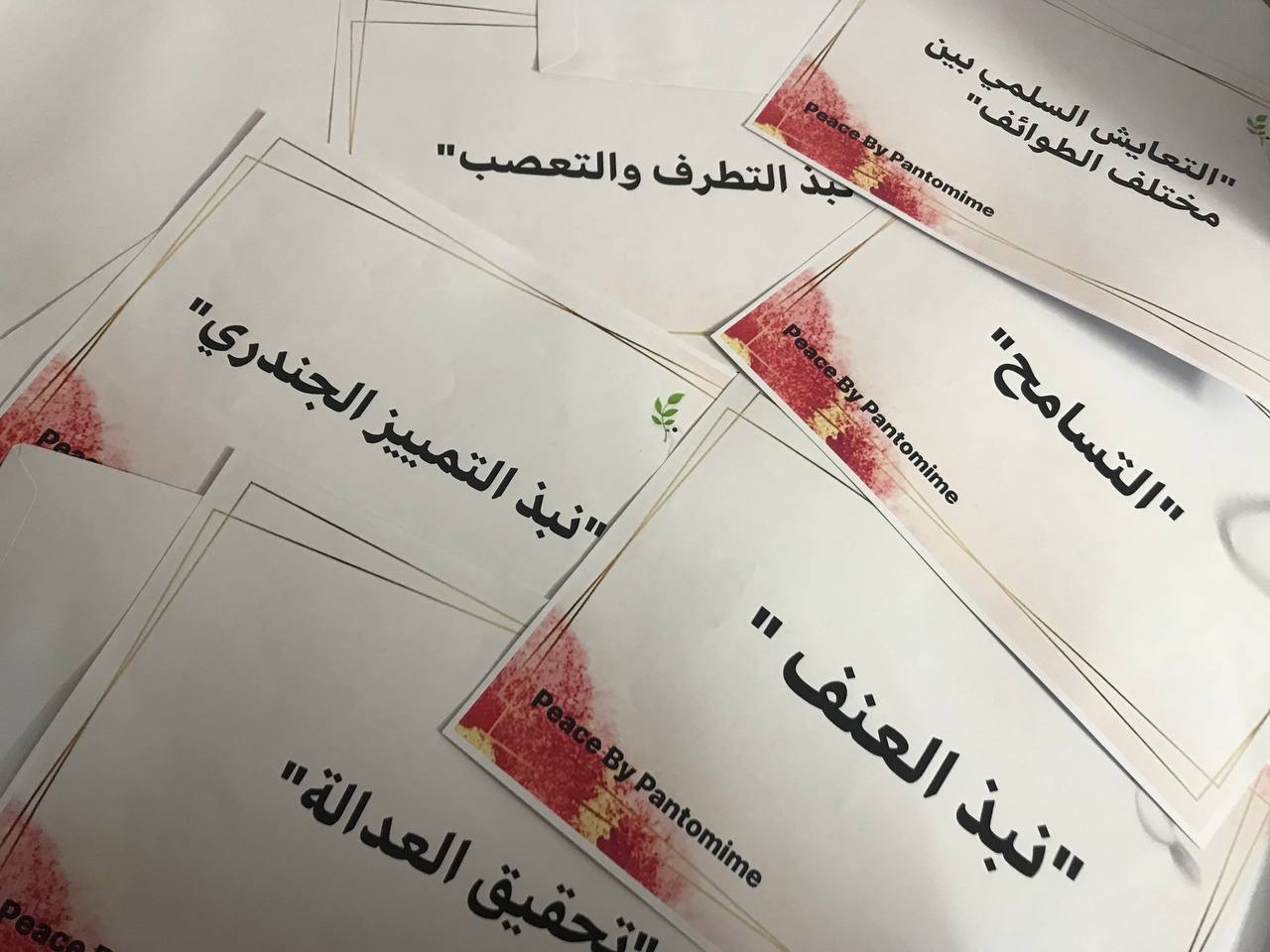 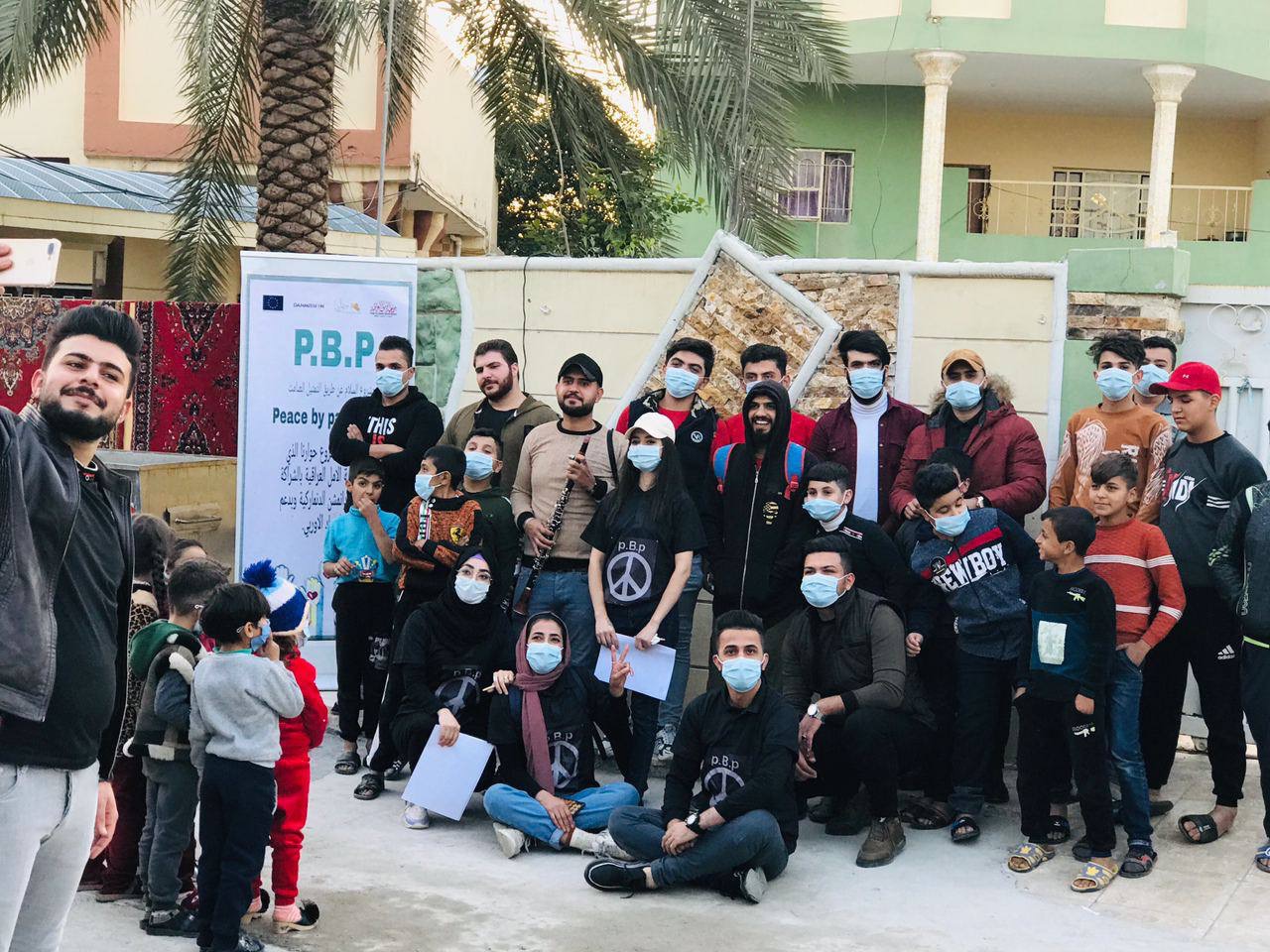 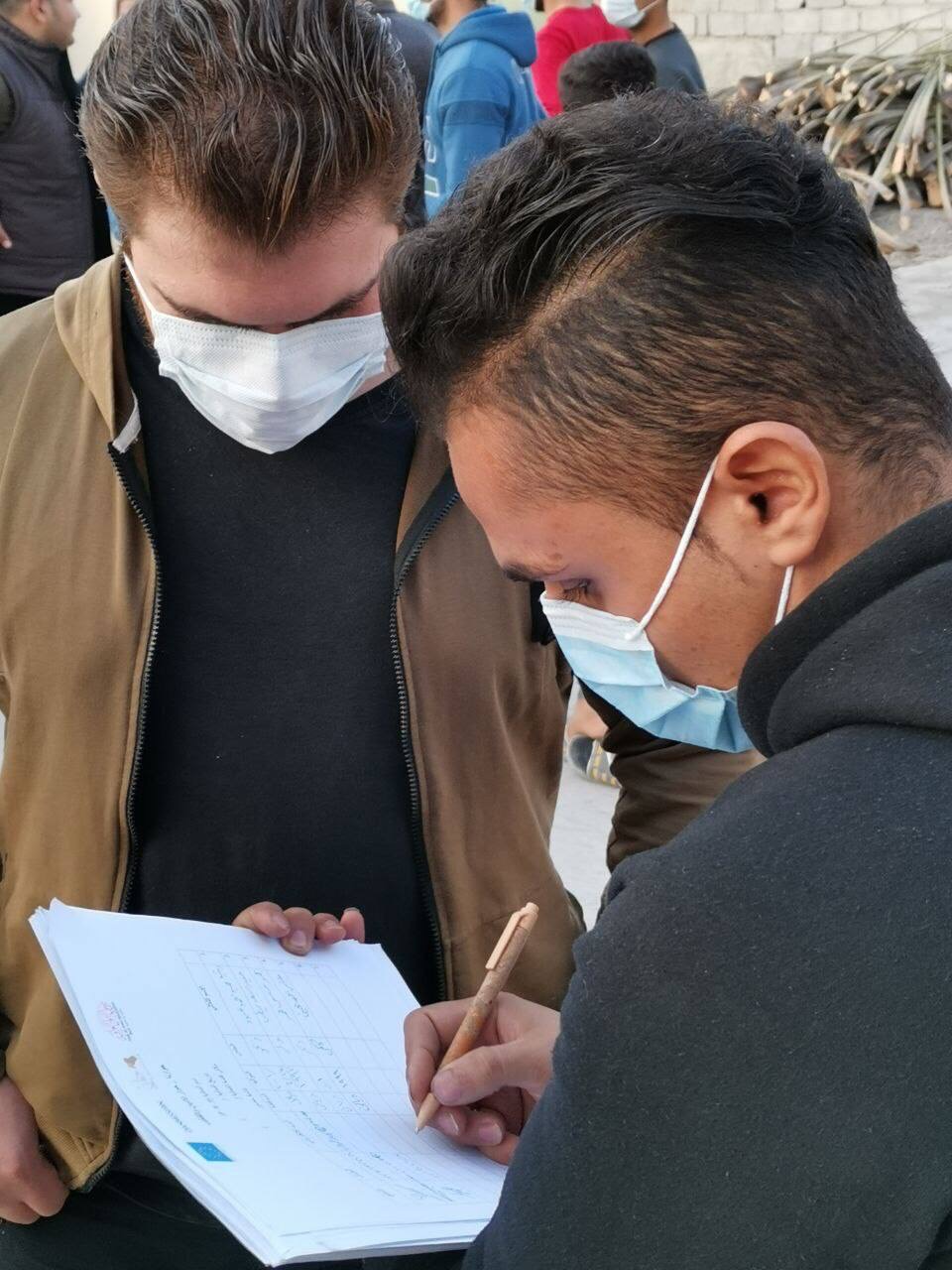 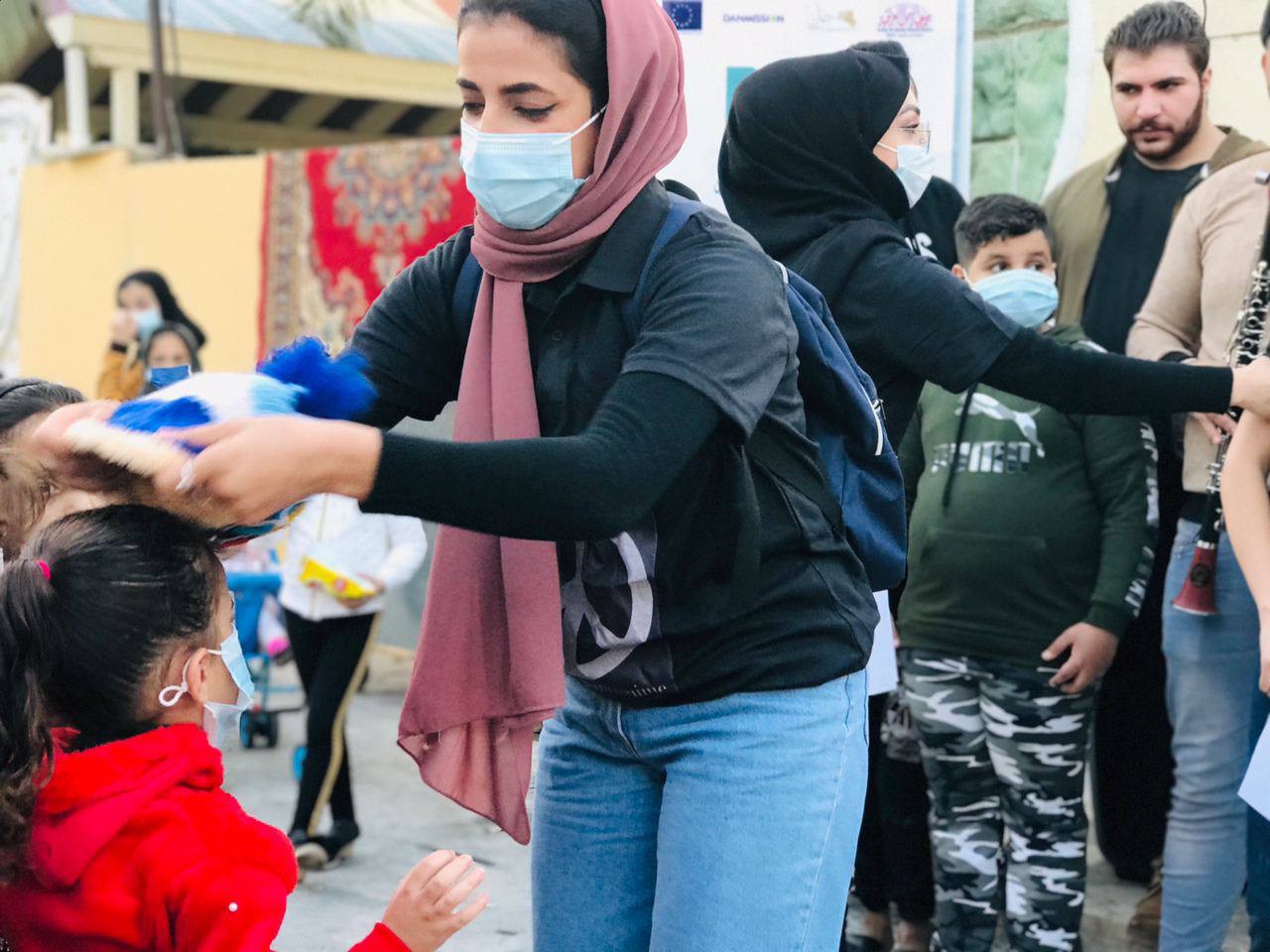 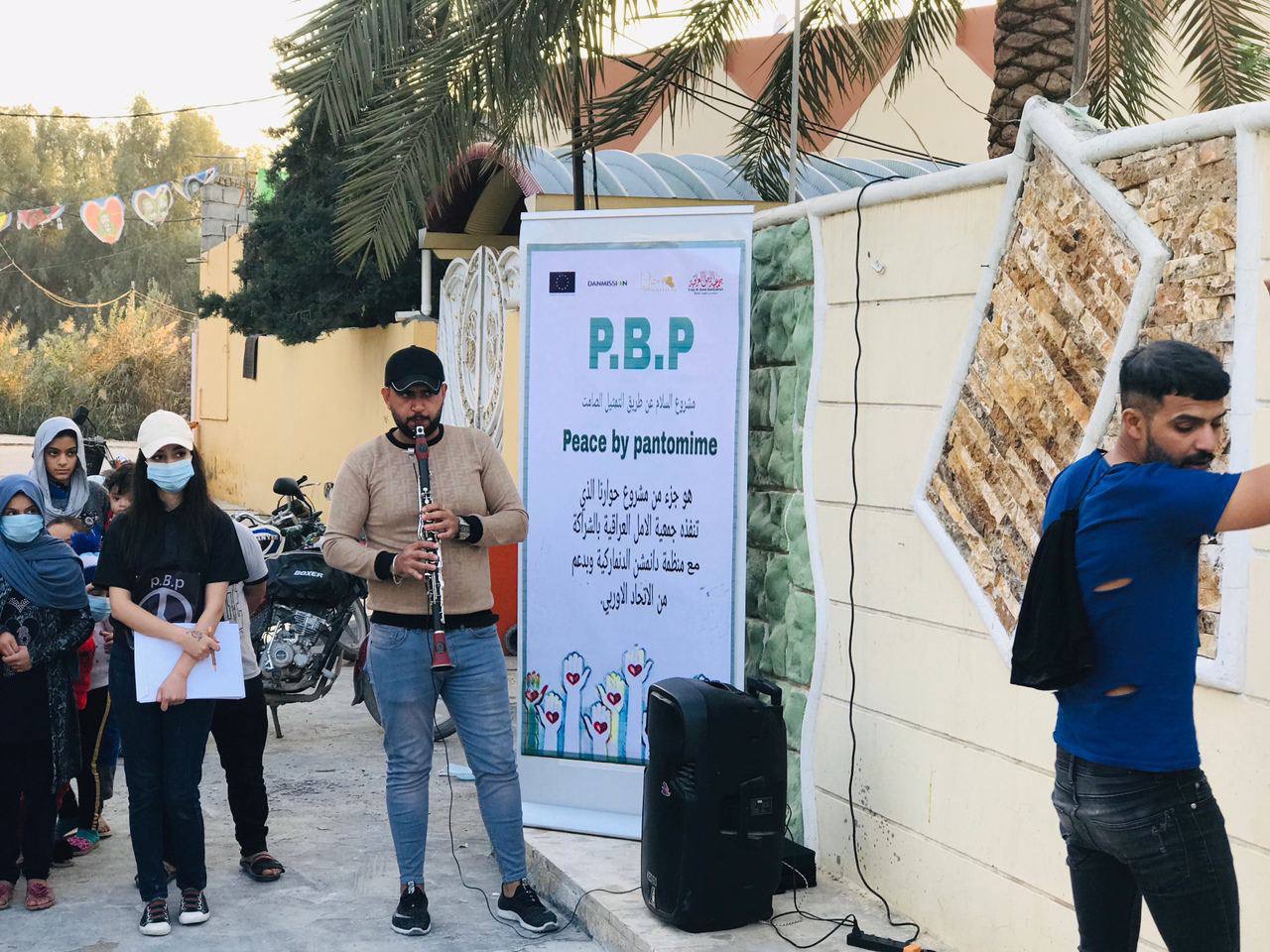 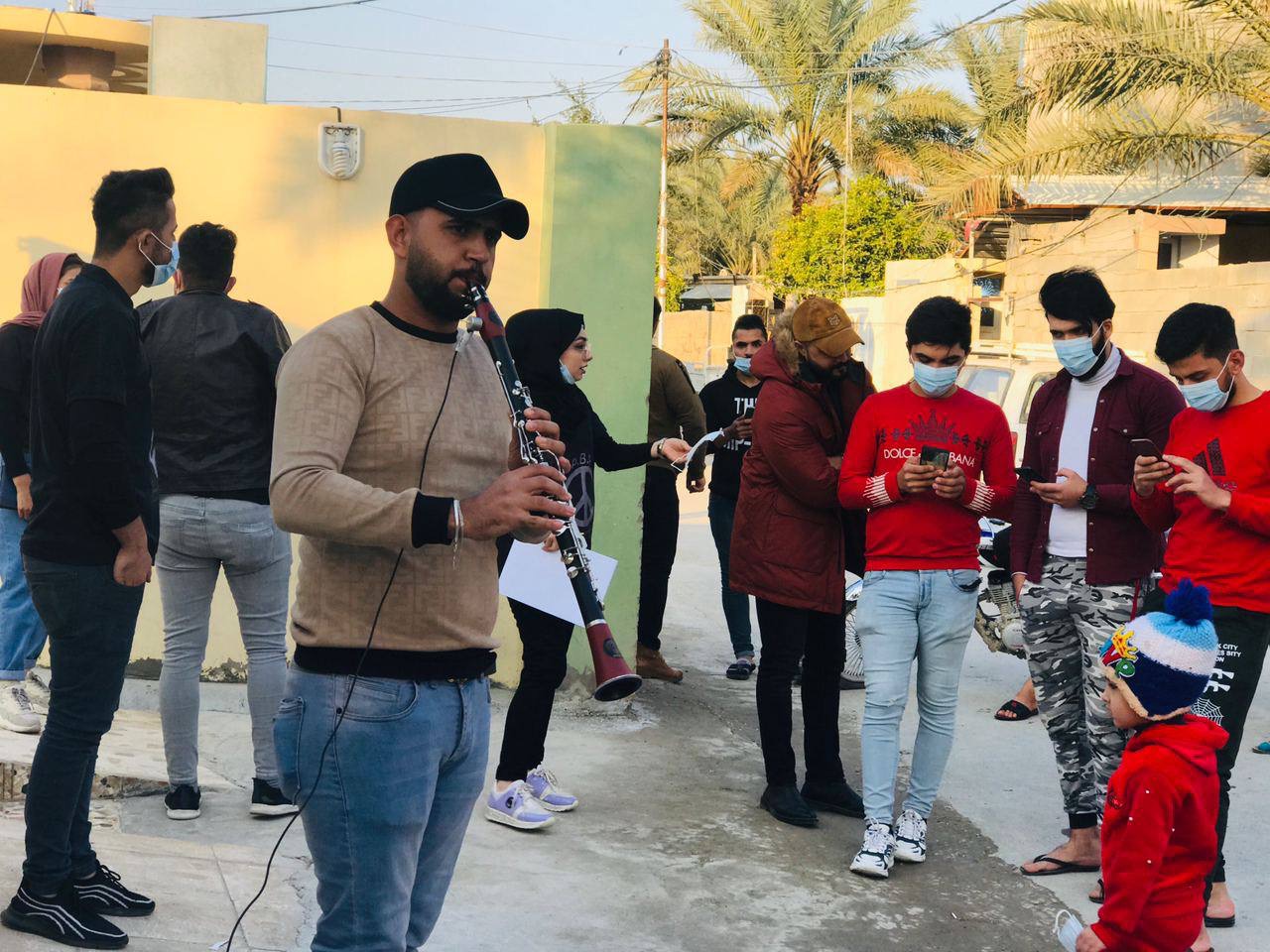 This event was carried out in Diyala (Kharnabat, Jalawla) and targeted young men and women in the aforementioned areas due to the blockage that these areas suffer from and the diversity of their components and the sectarian instability.

Messages of Diversity and Social Cohesion are conveyed to young people from Diyala district in Iraq, through artistic initiatives, implemented by our partner Iraqi Alamal Association.

Saif from Jalwala district of Diyala province says "Honestly, the idea was very nice, it has a new impression and a different genre which is the silent acting that people don't really know, and personally I had only heard of it and had never watched silent theater before. This acting left an impression on me and made me realise that peace has more than one formula and more than one color, whether it is in dialogue or silence or music."